Many of my graphic novel and one-off picks were published years ago, but I did read them during 2021. These are in no particular order. 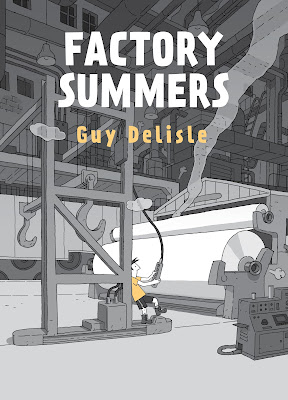 This nonfiction graphic novel combined elements of two of my favorite genres: slice of life and explainer manga. Factory Summers teaching readers a fair bit about how paper is manufactured while spending three summers with Guy as he works at the factory, sketches, and learns more about comics. Delisle’s people are drawn in a simplified manner, but each character is unique. Though his figures are somewhat simple, they have a real charm and never look messy. The simplified characters are in contrast to the architecture and machinery, which are very detailed and which serve to emphasize the importance of the machines which have outlasted many generations of workers.

I started reading Factory Summers before bed, intending to read for a half-hour or so. But I was so drawn into the world of the book that I stayed up to read the whole thing. It’s hard to find a book that draws you in as completely as Factory Summers drew me in. 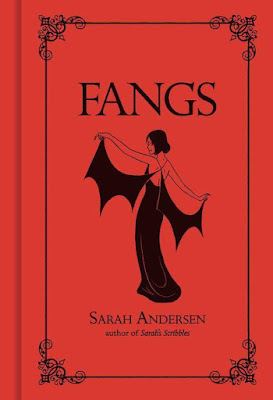 This all-too-short volume is about the relationship between a female vampire and a male werewolf. Each page is generally one to four panels and shows the two meeting, start dating, and eventually move in together. There’s very little tension, and honestly that made it even easier to enjoy. I kept laughing out loud and nudging my husband to show him certain pages. It is a bit macabre at points, but I would say it has a much higher concentration of humor and sweetness. I really hope that Anderson either continues writing about Elsie and Jimmy or that she does another book on fantastical creatures dating.

3. What the Font?! — A Manga Guide to Western Typeface, by Kuniichi Ashiya, published by Seven Seas Entertainment 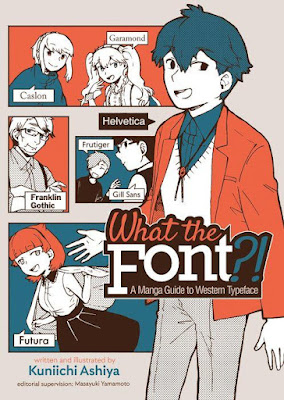 Readers learn about when, where, and why each typeface was designed, examples of where it is used, and how it is classified within its respective group of typefaces. As a freelance copyeditor, I spend a lot of my day using word processors. One thing that I learned when I became a copyeditor is that other editors have strong opinions about typefaces. Most of us dislike overly ornate typefaces because they are hard to proofread. And Comic Sans doesn’t get a lot of love either, even though it is a wonderful font for those with dyslexia as each letter is distinct and not just a flipped version of another letter (for example, “b” and “d” in most typefaces are mirror versions of each other).

If like me you enjoy explainer manga, want to learn why companies choose the typefaces that they use for logos, and you have opinions about typefaces, you will most likely enjoy What the Font?!

4. Are You My Mother? By Alison Bechdel, published by Houghton Mifflin Harcourt 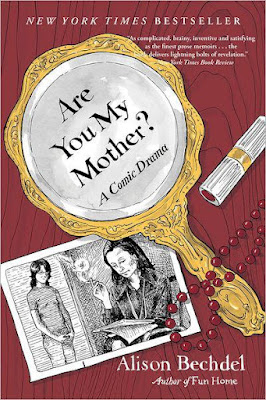 Alison Bechdel creates an intimate portrait of her mother Helen Bechdel (née Fontana) is interwoven with mini biographies of writer Virginia Woolf and Donald Winnicott, a twentieth-century psychoanalyst who was an expert on childhood development and on being a “good enough” parent. Like Bechdel, my mom is very intelligent and has a lot of interests that lie outside of being a good mother and housemaker. I think that for a lot of women—especially in previous decades—marriage and motherhood was what was expected by society, but not necessarily what each woman wanted out of life. There was a lot in this book that mirrored aspects of both my childhood and my relationship with my mom. Reading this helped me better understand not only my relationship with my mom but to have a better sense of what being a mother is. 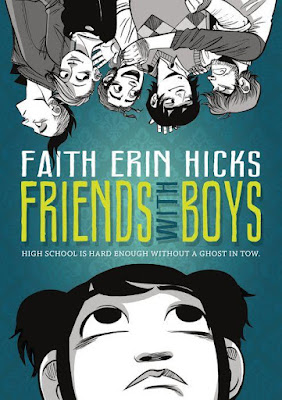 I’ve been a fan of Hicks ever since her webcomic Demonology 101, which she started in 1999. This is both a coming-of-age story and a ghost story. Her art, as always, is expressive and I like the time that she takes for the small moments between the characters. As one of the characters explains when talking about the legend, “It’s only Sandford’s creepiest ghost story. It has everything! Love, death, mystery, prosthetic limbs … Everything!”