Lemire the Merrier OR All's Well That's Cantwell: Catch it's for November 10th, 2021 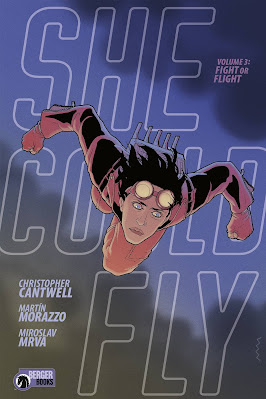 She Could Fly vol. 3 TP by Christopher Cantwell and Martin Morazzo, published by Dark Horse

I've really liked the first 2 volumes of She Could Fly. It's a serious, sad story about mental illness and the difficulties of life. But it's also a story of conspiracies, big ideas, and dreams. I think this is the first comic work by Christopher Cantwell that I'd ever read, and it really made me want to pay attention to anything else he did in comics. Thus far his work has been great, and it'll be really interesting to see him revisit the first story that brought him to comics. Martin Morazzo is a fantastic artist, able to bring the weirdness of this story to life in an incredible way. He's a fantastic storyteller, with a unique, weird style. 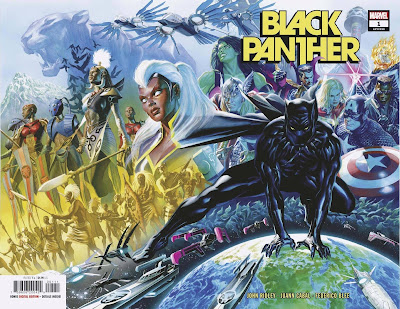 This is a brand new creative team, as Ta-Nehisi Coates concluded his run on Black Panther earlier on this year (the latter part of that run was with Daniel Acuna and I was a big fan). But this is a new creative team that I'm excited for. The story is being written by John Ridley, who is an Oscar-winning screenwriter (12 Years a Slave) but has also entered comics this year in a big way, with some Batman comics, and with The Other History of the DC Universe. I really enjoyed the latter book, as it is definitely on my shortlist for favorite comics of the year. It's a really big, ambitious project, which told the story of the DC universe but from the perspective of characters from underrepresented populations. Now he's taking his talents to Wakanda and I couldn't be happier. He's teaming up with Juann Cabal who is a fantastic superhero artist (I really enjoyed his work in X-23) and this is a great team and a promising new start. 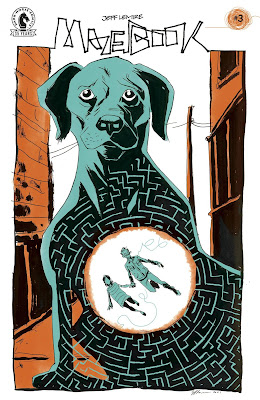 Jeff Lemire is one of my favorite creators in comics. He's certainly prolific as both writer and artist, and has created a ton of great work in multiple genres. But there are definitely themes that feel like they're important to him, to which he returns. Themes such as loss, trauma, mourning, and regret. He often does so on his written and drawn work, including in Mazebook. It's a sad story about a father, whose daughter died a number of years before. He thinks he is seeing clues left by her in different puzzles, and goes out to search for them and follow up on them. Is he imagining things? Is it just wishful thinking? Is some of it really happening? I'm not sure, and as with most of Lemire's work, the answers are often complex and not clear. But the journey is as important as the destination, so I'm glad to follow Lemire on this one. He just really gets the sense of emptiness and longing, and does a great job weaving in elements of the fantastical. I'd definitely recommend Mazebook for fans of his prior work, and for anyone who wants to get sad (in a good way) reading an excellent story. 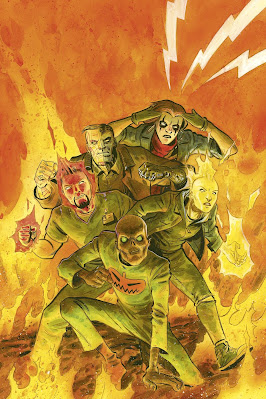 Speaking of great Jeff Lemire stories, I'm loving all of the various comics in the interconnected Black Hammer universe these days. Unbelievable Unteens is no exception. It's the story of an artist living in Spiral City who draws a teen superhero comic, only it turns out that the stories she is drawing are in fact real, and are based on the adventures that she and her fellow "Unteens" had years before (they're very melodramatic X-Men type stories). But the truth is coming out, and everything is going haywire. This series is a lot of fun, and artist Tyler Crook is (unsurprisingly) doing amazing work. His painted style really brings to life the dramatic, exciting story. 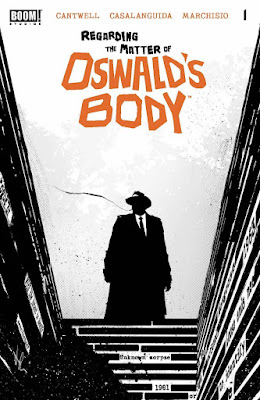 Regarding the Matter of Oswald's Body by Christopher Cantwell, Luca Casalanguida, and Others, published by Boom! Studios
The tragic death of John F. Kennedy and then his assassin may never be truly resolved, depending on what information is still waiting to be declassified. It's perfect fodder for the vivid imagination of storytellers. In this new series, Cantwell and Casalanguida pick up one of the threads--the idea that maybe Oswald wasn't buried in his grave--and run with it in an entertaining and intriguing start. A group of talented minor criminals are gathered together by a man calling himself Frank, who has a friend named Jack. It's insinuated they'll be part of a cover-up, but right now it's just tantalizing clues. The mystery is well-developed by Cantwell does a great job in the Michael Walsh vein of illustration, reminding me a lot of the latter's X-Files work from a few years back. It's straightforward but extremely detailed, giving a good sense of the world. This one's going to live and die off the handling of the plot, but I trust Cantwell to have it well in hand and am extremely excited to see where this one goes. 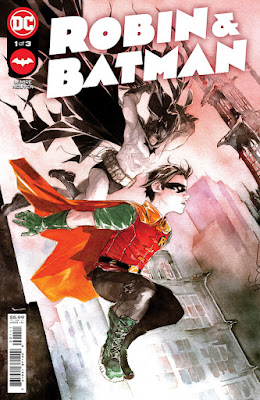 Robin and Batman #1 by Jeff Lemire and Dustin Nguyen, published by DC Comics
Normally, I'd roll my eyes at another Year One style story about anyone, especially someone in the Bat Family, but this is Lemire and Nguyen, so I'll make an exception. The awesome pair from Descender, a Dynamic Duo in their own right, take a look at what it was like for Dick Grayson to be Robin for the first time. Sure, we've seen this so many times before--from the original Kane written (or ghosted) stories to the excellent Chuck Dixon material to the versions on the big screen and television. But that's the thing about legends--there's more than one way to tell them. With one of the best (and most prolific) writers in comics paired with an amazing illustrator who can do everything from all-ages books to more mature work, this is going to be a great mini-series that should match up with the best stories about one of my favorite DC characters. 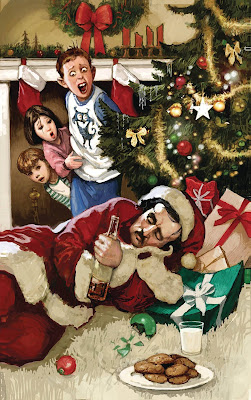 Edgar Allan Poe's Snifter of Death #2 by Dean Motter, Andy Troy, Holly Interlandi, Greg Scott, Lee Loughridge, Rob Steen, Rick Geary, and Others, published by Ahoy
Whatever the name on the cover, this series is always fun, as Ahoy's various stable of creators and some talented guests take some time to lovingly stretch Poe's work to its very limits. That's especially true of Interlandi's sharp approach to Angle of the Odd, in which she pulls the story into a variety of genres in the most comedic way possible, showing off her skills as a visual artist. (My favorite might be Poe as Shojo protagonist.) Dean Motter, meanwhile, goes after the essay Poe wrote about a supposed computer chess player of the early 19th Century, with a few nice jabs amid the historical fiction. It's great fun and I'm so glad to see the Poe cycle continuing strong. 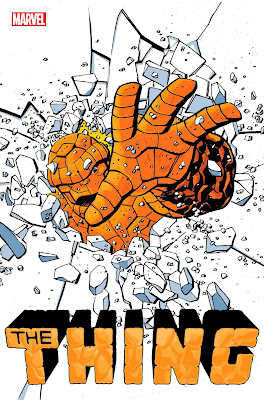 The Thing #1 by Walter Mosley, Tom Reilly, and Others, published by Marvel Comics
Every so often, Marvel gives one of their best characters a solo series, letting a set of creators go wild with arguably the best character Jack Kirby ever co-created. This time around it's Mosley and Reilly, and while I know very little about it so far beyond the premise (Ben goes on a quest that sees him interact with a large swath of the Marvel U), I'm absolutely intrigued because of how much Mosley likes the lovable lump of orange rocks. There's a few samples out there of Reilly's look for the Thing, and I'm digging it. No idea how many issues this will run, but it sure looks like it's going to be my Thing, pun intended.
Mike's Pick: 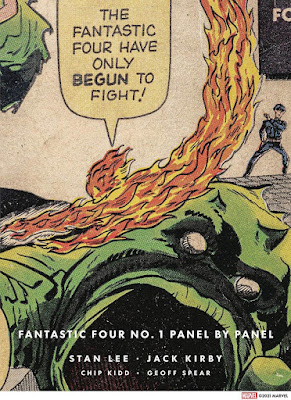 Fantastic Four # 1: Panel by Panel by Stan Lee, Jack Kirby, Chip Kidd, and Geoff Spear, published by Abrams Comicarts
It’s high time that one of the most important comics of all time gets a panel by panel annotation, and Chip Kids and Geoff Spear are a fantastic team to complement the seminal work by Kirby and Lee. Abrams is good at these kinds of books. They know how to package something like this. Part academic piece, part art book, this is something to put in a place of pride on the bookshelf.
Panel Patter at 11/09/2021 11:00:00 AM
Share
‹
›
Home
View web version