Happy Hanukkah! We got you some comics: Catch It December 1st, 2021 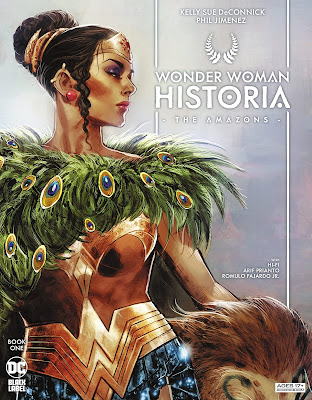 I don't know much of anything about this series, but what I've seen looks exceptionally beautiful. Like, absolutely stunning. Phil Jimenez is a wonderful artist who (I think) hasn't done as much sequential comic work in recent years. Or, at least, I haven't read a comic drawn by him in a while. Well, I think everyone is in for a treat. He's an exceptional artist, and Kelly Sue DeConnick is an exceptional writer of both story and dialogue, so I think this is going to be great. The other issues will be drawn by Gene Ha and Nicola Scott. So, pretty much, it's a murderer's row of wonderful comic storytellers in this 3-issue series. Should be great. 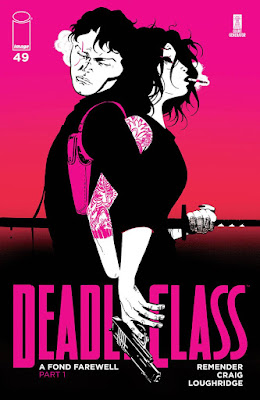 I believe this is the beginning of the final arc of Deadly Class. When the series is all done, I am going to go back to the very beginning and read the whole thing from beginning to end. In recent years, the issue release has been more sporadic, and the last story arc jumped around in time some. So, I have less of a sense of where the story is right now. But here's what I can tell you. This series was very important to me and to a lot of people. It really spoke to a certain brand of disaffected Gen-X youth. Remender and Craig and Loughridge really conjured something magic. But this story is far from a nostalgia trip. It's a story about a secret high school for assassins in the 1980's. Pretty mch everyone at that school, students and faculty, is SERIOUSLY messed up. And the story really explored a number of themes quite well, including depression. In addition to being a real bonkers ride. The art from Wes Craig and Loughridge (for a number of issues, Jordan Boyd) was next-level out of this world. Really unlike anything I'd seen before. The book exuded pure energy. And it was part of a real renaissance at Image Comics. Anyway, Deadly Class is a great book, and deserves a read-through. 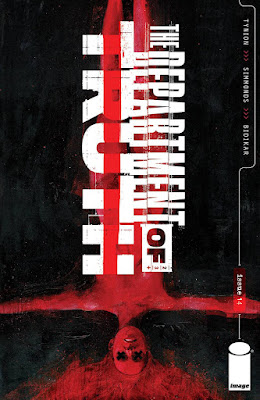 There are comics that really nail the zeitgeist, and Department of Truth is one of them. It ha a "ripped from the headlines" quality that you might not want if what you're looking for is pure escapism. But it's an incredibly insightful and I think necessary book. There is a war for truth going on right now. A war for the nature of reality. That is actually happening, and this book fictionalizes and sensationalizes it, but it's closer to reality than I would like. The premise is that the more people believe something, the more it becomes reality. So, thee are forces out there that are trying to make the world flat, or turn the moon landing into a hoax, or turn school shootings into staged events. And there's an agency that's dedicated to stopping that from happening. Only, they're not exactly good guys either. The art from Martin Simmonds is incredible. It's weird and scratchy and feels perfect for the uncomfortable story being told. It's a great read. 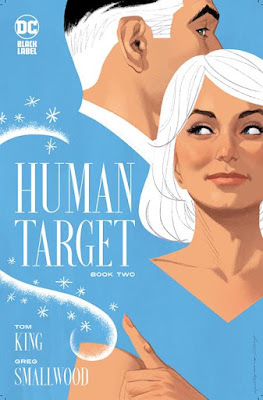 I absolutely loved the first issue of Human Target. It was everything I wanted and more. I know very little about the character of the human target, and that wasn't a problem for me, and it won't be a problem for you either. People hire him to impersonate them if they think someone is trying to kill them. And then he catches them, in some cases by "dying". That's it. But now the Human Target actually is dying, and he has 12 days to figure out who is responsible. That's the premise, and it's a terrific one. But really, the reason you should pick up this comic is because it's the most gorgeous comic you'll read. Seriously, Greg Smallwood has outdone himself. He conjures a world that is ostensibly set in the modern day but evokes the stylish 1960's. It's bright, lively work, with incredible style and panache and skill as a storyteller. 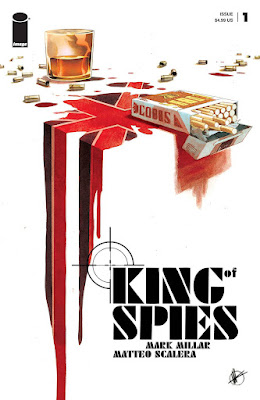 King of Spies #1 by Mark Millar and Matteo Scalera, published by Image Comics

There are some Mark Millar comics that I've really loved (Superman: Red Son, Starlight, Jupiter's Legacy) and some that haven't been as much my thing. However, the common thread amongst all of them is that Millar always picks exceptional artistic collaborators. And so I'm excited to pick this comic up, to see new sequential work from Matteo Scalera. I absolutely adored Black Science, and even when the story seemed to go all over the place, the art was nothing less than exceptional. Scalera has an incredible, unique style and brings to life absolutely bonkers visuals, in addition to being an exceptional storyteller. The premise of an English spy who is dying so he has nothing to lose is a very intriguing one, and sounds very promising. This looks like a fun read. 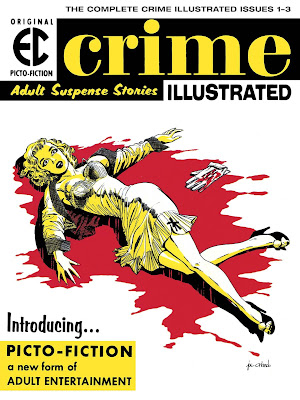 EC Archives: Crime Illustrated Volume 1 by Various Creators, published by Dark Horse (originally EC)
If you're looking for a great gift for the pulp fan in your life, this gorgeous hardcover of EC Comics's Crime Illustrated, collecting the first three issues. Yes, I said three and before you go all Comic Book Guy on me, Dark Horse has found and is publishing (maybe for the first time?) the entire third issue, which never saw print because, well, this series (and all its fellow Picto-Fiction) never took off. For every iconic success, there's series like Crime Illustrated who were either too ambitious, part of a too-crowded market, or just ran out of cash. (Hell, even DC cancelled Jack Kirby's attempt at a Warren Magazine style horror comic after only 1 issue!) But even though this was a short-lived series, it's got work from Joe Orland, Graham Ingels, George Evans, Jack Davis, Johnny Craig, Wally Wood, and others. This isn't a cheap collection, but Dark Horse makes these things so incredibly pretty. It's a niche product, but one hell of great one for those of us who love comics from this time.
Panel Patter at 11/30/2021 11:00:00 AM
Share
‹
›
Home
View web version