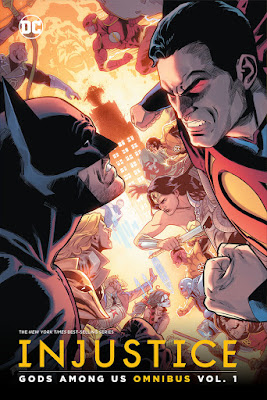 Injustice: Gods Among Us Omnibus by Tom Taylor, Brian Buccellatto, Mike Miller, Jheremy Raapack, and Bruce Redondo, published by DC Comics
Tom Taylor’s Injustice fulfills all the promises of big universe crossover storytelling but does so in an incredibly well-paced self-contained package. Yes, what Taylor and Buccellatto are able to do with the pacing an impact of this series has much to do with Injustice as a non-continuity piece, but that is just a piece of potential energy. Injustice doesn’t succeed because it isn’t in continuity, but it does provide the creative team the degree of freedom necessary to tell this epic story with actual human impact and actual permanent universe implications. It’s, simply put, one of the best DC Comics stories of the new millennium. 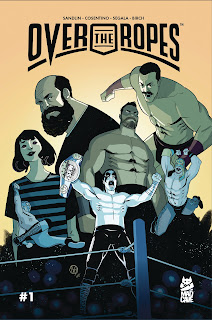 Over the Ropes 1 by Jay Sandlin and Antonello Cosentino, published by Mad Cave Studios
A throwback story about wrestling from the 1990s, before kayfabe had been obliterated by the internet, and before the wholesale indie wrestling explosion, Over the Ropes is a fun story about the background drama behind the world of pro-wrestling. The repeated motif, “don’t you know it’s fake,” guides this clever story as Jason Lynn reinvents his wrestling character, Phoenix, and decides to set out on his own path to greatness. This issue is a little heavy on the exposition, but it’s easy to forgive that when you find yourself truly rooting for Phoenix by the end of the book. 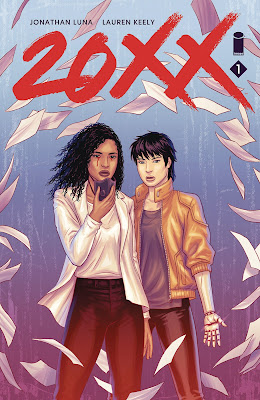 20XX #1 by Jonathan Luna and Lauren Keely, published by Image Comics
When Jonathan Luna is involved in a science fiction project, I want to read it. Luna has a beautiful, clean style that worked beautifully in the wonderful Alex + Ada.  Here, Luna and Lauren Keely are telling a dark science fiction story involving people with telekinetic powers. I'm always on the lookout for an interesting science fiction series, and this looks promising based on the debut issue. Luna is going for a gritter black & white style that seems to suit the nature of the story. 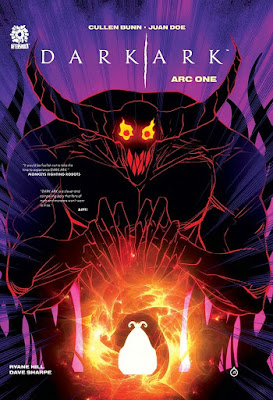 Dark Ark: Arc One HC by Cullen Bunn and Juan Doe, published by Aftershock Comics
I've somehow ended up the Panel Patter "Biblical Stories guy". Which is fine with me, I've read some excellent comics based directly on the Bible, or which paly with Biblical themes and ideas. Dark Ark is the secret story of the *other* Ark that was built prior to the flood that wiped out the population of the Earth in the Noah's Ark story.  Noah built the Ark as commanded by God, and brought on two of every species of the natural world. Well, Shrae was commanded, but nt by God. He was commanded by demons to bring on two of every species of the "unnatural" world. He does, along with his family. And not surprisingly when you put a whole bunch of monstrous creatures together, things go badly. This is dramatic, smart, engaging storytelling. I highly recommend picking this up.