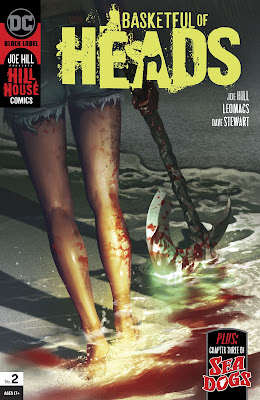 Basketful of Heads #2 by Joe Hill, Leomacs and Dan McDaid, published by DC Comics
This comics had a really strong debut issue and I'm interested in learning more. It's set on a vacation island at the end of the season, when there has been a prison escape and some grisly murders. The story takes place n the early 80's and the art from Leomacs (who I was completely unfamiliar with) is just fantastic. It really brings to life an earlier era, with vintage design and color. I'm reminded of artists in the Mazzuchelli/Phillips/Samnee school of art. The story (terror on a vacation island) brings to life the feeling of Jaws, which is a terrific mood and feeling to set. This is a fun story and I'm looking forward to more. 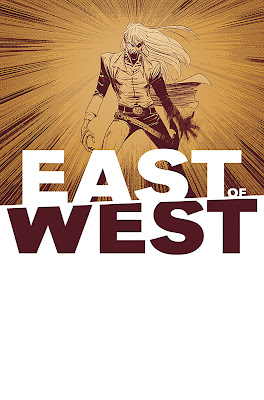 East of West #44 by Jonathan Hickman, Nick Dragotta, Frank Martin and Rus Wooton, published by Image Comics
East of West has been one of my favorite comics this entire decade.This story is hugely ambitious, and is a fun, engaging read every month. It's got science fiction elements, alternate history, religious overtones, secret organizations, western motifs and themes, and it's all brought to life by the amazing art and colors of Nick Dragotta and Frank Martin, respectively. This is a smart story that rewards careful reading and rereading, and I can't recommend it highly enough. 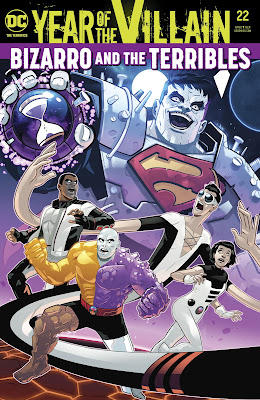 The Terrifics 22 by Gene Luen Yang and Stephen Segovia, published by DC Comics
I know I’ve said it before, so bear with me – what Gene Yang and Stephen Segovia have done with this book since taking over for Jeff Lemire and company has been absolutely outstanding. The Terrifics deserves to be in the conversation for best superhero book on the stands, and it definitely takes the prize for most underrated. Yang has managed to fulfill the original promise of the series, namely that of a DC version of the Fantastic Four. Yang is a clever writer, and his ability to craft not only Bizarro dialogue, but also coherent motivation for the Superman villain is a testament to his feel for the greater DC universe 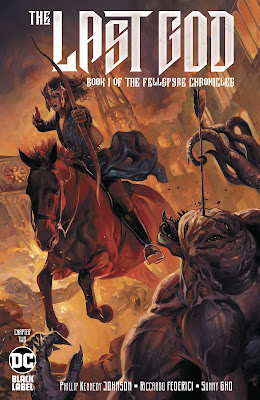 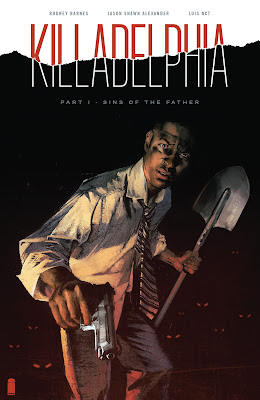 Killadelphia 1 by Rodney Barnes and Jason Shawn Alexander, published by Image Comics
I’m from Philadelphia, but I now live in Annapolis. Rodney Barnes is from Annapolis and sets this story in Philadelphia. I was in with the title alone, but the idea of a vampire story set in my hometown intrigues me even further. Barnes did a great job with the Lando series he wrote for Marvel a few years back, and I expect he’ll bring his screenwriting chops to this piece as well.
Panel Patter at 11/27/2019 08:00:00 AM
Share
‹
›
Home
View web version