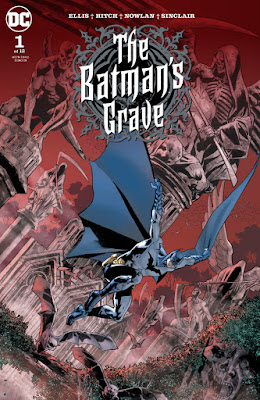 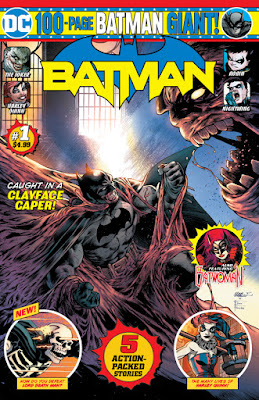 Batman’s Grave 1 by Warren Ellis and Bryan Hitch published by DC Comics
Batman Giant 1 by Michael Gray, Ryan Benjamin, Steve Orlando, and Tom Mandrake (new stories), published by DC Comics
A double dose of the caped crusader this week? Dare I? Yes, indeed. What could be better than 100 pages of Batman for approximately 5 bucks? Featuring a new full length story, a new short story (by Steve Orlando!), and some solid reprints, this 100 page giant is a must buy for me. 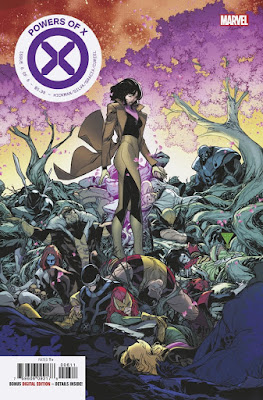 Powers of X 6 by Jonathan Hickman and R.B. Silva, published by Marvel Comics
To be perfectly honest, the only reason you haven’t seen me pick HoX or PoX every week is because I missed the past three weeks because of an insane work schedule. It’s been hard to carve out even a few moments to stare at the wall to contemplate the irreverence existence while still feeling burdened to reconsider each minute choice I’ve made to lead me where ever I’ve arrived. But you know what I haven’t missed? A single issue of HiX-men. 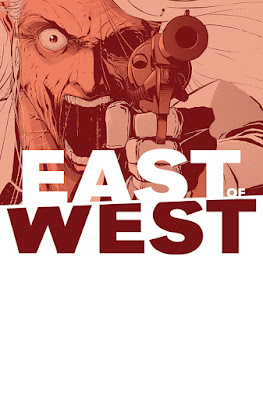 East of West #43 by Jonathan Hickman and Nick Dragotta, published by Image Comics
I'm thrilled to see the return of East of West, one of my favorite comics of all-time. Seriously, it's that good. This is the final arc so it's not a good time to get on board, but there are a bunch of volumes out there and if you are looking for a big, complex, dramatic series involving alternate history, religious fervor, the four horsemen of the apocalypse, westerns, magic, cool technology, witty characters, and insanely beautiful and sometimes terrifying art, well then East of West is a good story for you. As Jonathan Hickman said once about one of his books (and this really applies to all of them), a good starting point is issue #1. But really, this is a next-level good series. The art from the team of illustrator Nick Dragotta and colorist Frank Martin is really some staggering work. 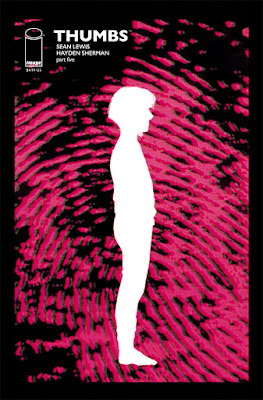 Thumbs #5 by Sean Lewis and Hayden Sherman, published by Image Comics
Thumbs has been a really excellent read.  I recently reread the first 4 issues and this is a strong, dark miniseries that pushes a pretty bleak vision of where dependence on technology could take us. Sherman's art keeps getting better and better, and Lewis knows how to write strong, realistic dialogue and narration that actually feels additive to a story. With Thumbs and The Few, this team has cornered the market on dystopian, breakdown of society stories. I hope they keep working together, and I'd also be curious to see them tackle another genre as they're a terrific team. 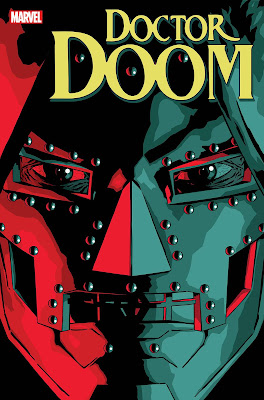 Doctor Doom #1 by Christopher Cantwell and Salvador Larroca, published by Marvel Comics
I'm kind of a Doctor Doom snob now, I think. Jonathan Hickman's portrayal of the character (in Fantastic Four, Avengers and Secret Wars) is complex and interesting and regal and beyond good and evil, that everyone else's portrayal just feels wanting. There's been some good work, don't get me wrong. I actually really liked Bendis' Infamous Iron Man run where Victor tried to be a hero for a while. But Slott's Fantastic Four really hasn't worked for me.  Christopher Cantwell (successful showrunner of Halt and Catch Fire) wrote She Could Fly which is a dark, weird series that I didn't totally love (or totally get) but at least it felt like he was trying to do something ambitious and interesting. So, he's someone whose take on Doom will interest me.
Panel Patter at 10/09/2019 08:00:00 AM
Share
‹
›
Home
View web version