This is the list I dread making every year. Mini-comics are a very personal thing, and I know from my own zine-making experience just how much blood, sweat, and tears goes into thinking out every page. I'm also arguably closer to the East Coast mini folks than any other group of creators after years of interacting at shows and online.

Paring down this list felt like picking players for a pick-up baseball game. But I managed. I could easily have doubled this one in 2013, there were so many good minis. But these 10, plus the honorable mentions, were my personal favorites from this past year: 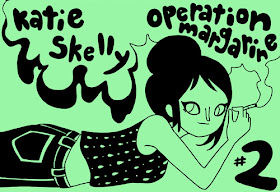 Two girls with issues run away from their pasts on motorcycles and an agreement not to pry too much in the first four issues of this series that's planned for collection in 2014 by AdHouse books. I love Skelly's layouts, which use the black and white format extremely well. This one has a lot of great details to linger over, with the art doing a large part of the overall storytelling. 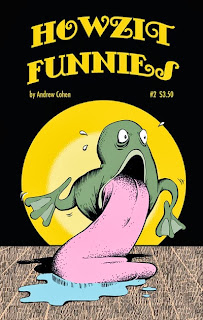 The second collection of Cohen's doggerel set to illustrations, ranging from a morose king to a horrible father to reflections on the nature of art. Andrew is the master of bending the page to his whims and adding in humorous rhymed verse just makes this even more fun. 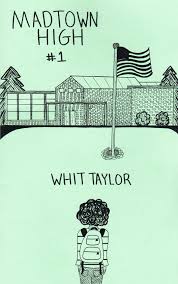 Panel Patter-er Whit was nominated for an Ignatz award for her collection of comics about her high school years, which feature moments that will be familiar to anyone of roughly the same age group and also elements that are unique to being a person of color in an overwhelmingly white area. Illustrated in Whit's sketchy style and filled with a mixture of hysterical moments and high drama, this was a great series to read in 2013. 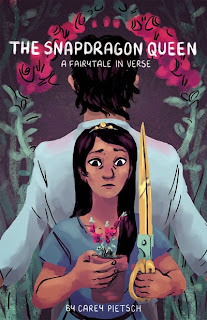 Another mini-comic that excelled in using verse to good effect, this mini-comic by relative newcomer Carey Pietsch has me eagerly awaiting more from her. Telling a fairy tale well is more difficult than a lot give it credit for, as you must blend the genre elements with a modern ear. Pietsch gets that, and along with impressive linework for her characters, wrote her way onto my favorites list.

The Frost and Roberts team return for this long-awaited project (at least by me) bringing back the Doctor and Billy for another adventure. This time, their experiments lead them into another dimension where cat women rule all--which doesn't stop the Doctor's arrogance from nearly getting them all killed. Rafer drops Easter Eggs all over the place in the art, with his signature intricate detailing making this feel like a B-movie come to the printed page, while Sean's dialogue is as satirical as ever. Highly recommended, if you can find it. 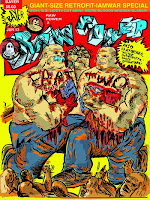 This comic makes the list not only for being very good but also being notable for changing how I look at "raw" minis going forward. Busting my personal biases like G. Gordon Liddy does noses in the main story, this one's a look at one man's deadly delusions and the man who fueled them. Bayer's art fits more with the Crumb and Co. side of comics than I'm usually comfortable with, but it's deceptively deep, once you take the time to look. Combined with an homage to Ben Grimm and Marvel Two-in-One, this was a surprise hit for me. 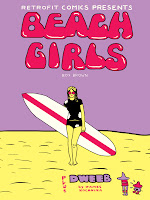 2012 was the year of Box Brown for me, and while 2013 finds only this mini on my lists, it's another great example of Box's talent. This time, the surf's up, as some women vacation, meet up with local residents, and have adventures and relationships that feel very natural, with just the right hint of sarcasm and whimsy to keep it from falling into melodrama. Brown's art is only getting better, as his simple figure work belies deep panel constructions. Paired with a few short bits from James Kochalka, this shows that Box is only getting better as his creative star rises, with a bio-comic of Andrew the Giant in the works for 2014.


3:  Like a Virus by Ken Lowery, Robert Wilson IV, and Jordan Boyd 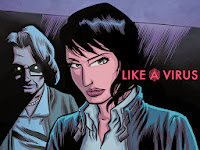 When is a ghost story not really a ghost story? When it's about pain, loss, and the inability to forgive yourself for what you've done in life. Taking one of the reasons for ghosts and telling the tale as if the phantom was as real as you or me, Like a Virus handles a difficult, sensitive subject with care while Wilson IV draws the hell out of the book. This oversized mini was a great book that shows just what the comics medium can do. 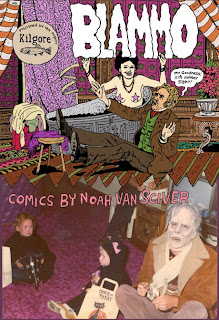 Poor Noah! Once again, he's the Susan Lucci of my favorites list! The Panel Patter header designer once again just misses being my #1 favorite with his eighth installment of his one-man anthology piece. I'm of the opinion that Noah has virtually no peer when it comes to drawing stories about regular people who make mistakes, telling their stories straight up (as he does in the lead story) or in tragi-comedic exaggeration, such as when people die violently at his hands. Mixed with some surreal stuff and often self-skewering shorts, Noah Van Sciver will always have a home on my favorites lists with quality work like this. 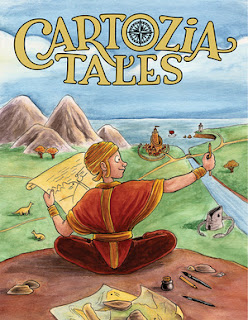 There was little doubt for me that this one would be my #1 favorite for mini-comics this year. I've written rather extensively about how good this series is, so I won't belabor it here. The brainchild of Isaac Cates, a creative team including Lucy Bellwood, Cates, Jen Vaughn, and others combines with guest stars like James Kochalka to create an entire new world, with an emphasis on maps and exploration. All-ages in the best sense of the word, this one's perfect for a new reader of four and an old reader of ninety four, if they have a love of the fantastic, the fanciful, and the joy of discovery. The story and art quality is top notch, and best of all, the production values are book-level quality, even at a half-sized medium, with thick paper stock and covers. It was an easy pick as my favorite mini-comic of 2013.